When did Americans decide that incarceration was acceptable housing for the seriously mentally ill?

Have you noticed that in midlife you’ve become less tolerant of things that fundamentally make no sense?

I, for one, am so frustrated by government and institutional policies that ignore the experiences of individuals. Maybe I have become more compassionate as I age? Or, I can no longer ignore what does not touch me as I did in my 20s and 30s? I do believe that after 50 our view of the human experience is less about ourselves and more about humanity.

Many of my followers have shared their stories with me about their own struggles with mental illness. They or a family member needs access to emergency mental health care which is out of reach for many reasons. You may see a homeless man and whereas in your 30s you might think “What a bum”, now your thoughts turn to “How does that happen to a person?”

I’m speaking of more than mild depression or anxiety which is rampant in midlife. In my column below which was published in the Northern Express (January 20, 2018) I am referring to those poor souls suffering from bipolar disorder, borderline personality disorder, schizophrenia, and the like.

Our national, state and local policies allow the mentally ill to fall into poverty, commit crimes and be sentenced to jail or prison. Because they find it difficult or impossible to follow the rules, they typically spend their terms in solitary confinement.  In my own state of Michigan – the situation could not be any worse.

My Experience 50 perspective: This is crazy.

The following is my most recent guest opinion column,  published in Northern Express.

Jails and Prisons: The New Asylums

Family and friends of the newly incarcerated mentally ill can be heard saying: “It was just a matter of time… We tried to get them help… Our hands were tied until they broke the law.”

There is a direct correlation between the rising rate of incarcerations and the closing of state hospitals for psychiatric patients. Law enforcement has been put on the front line as first-responders to mental illness, funneling our most vulnerable and yet sometimes dangerously mentally ill population into ill-suited hospital emergency rooms, jails, and prisons where appropriate treatment is not funded or available.

Over time, reduced government funding for the diagnosis and treatment of mental illness has been effectively shifted away from public health to law enforcement and incarceration budgets. Also picking up the bill: private sector non-profits.

It is my opinion that our society as a whole is paying the price for the reduction of public spending for the diagnosis and treatment (including institutionalized treatment, if needed) of serious mental illness. These people deserve better, the current situation is inhumane.

True enough, there was a time in this country when state mental hospitals were filled with patients who had been involuntarily committed to institutional care, many sedated into submission for easier management rather than treated, and rarely if ever,  released. But there were also public institutions offering the latest in treatment methods with great success.

Consider that in the approximately one-third of all homeless are mentally ill. Many will commit petty theft just to survive.

The National Council reports while at least half of prisoners have some mental health concerns, about 10 percent to 25 percent of U.S. prisoners suffer from serious mental illnesses, such as major affective disorders or schizophrenia. Some estimates put the number of seriously mentally ill inmates in jails or prisons at 50%.

The height of institutionalized psychiatric care came in 1958 with over 550,000 state hospital beds for the most serious cases of schizophrenia, bipolar disorder, severe chronic depression, etc…  Mental patients were largely kept out of the public eye and out of the public square.

Sixty years later, with the closing of state hospitals, they remain largely out of sight, incarcerated or living on the streets untreated and likely headed for an encounter with the judicial system. Instead of restrictive psychiatric institutions with hospital beds, more people with serious mental disorders will find themselves in solitary confinement or SHUs (Special Housing Units) in a prison.

Over the course of time, a few important changes have taken place:

Before moving to Traverse City, I worked in the hustle bustle of downtown Detroit’s historic office buildings. In the 1990s, Michigan’s public mental health system was effectively dismantled. One of Detroit’s greatest community assets was The Lafayette Clinic, a state-funded inpatient psychiatric hospital that was lauded for its leading edge advancements in the treatment of psychiatric conditions.

Under Governor John Engler, funding was eliminated and the doors were thrown wide open. It was asserted that a network of public community mental health programs would fill the need for treatment of the patients. That did not happen and the patients of The Lafayette Clinic became residents of our streets. Essentially, our insane and unmedicated neighbors.

In those first cold winter months, my coworkers and I would give money, food, blankets and coats to our new neighbors who were living in stairwells and behind dumpsters only to walk past them the next day and find them without.

One by one, these people either committed crimes that landed them in jail or prison or they died living on the streets. That is what community-based mental health looked like to me. 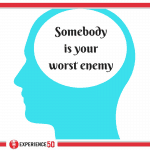 Somebody is your worst enemy 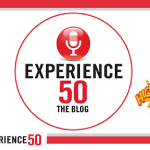 Another opinion on gun control