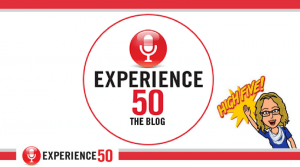 Something surprising happened when I took on the challenge to write my opinion column on gun control.

Full disclosure: I have never touched a gun. I am terrified of guns. My only interaction with guns has been my emotional response to the aftermath of horrible events. My position has always been – the fewer guns the better.

Honestly, have you read an opinion piece (in its entirety) and thought “Wow, this really changed the way I think about fill-in-the-blank!”?

I wanted to write about gun control. But what is left to be said? We each hold our own deeply entrenched beliefs, but I followed my consistent process: 1) Try to be unbiased; 2) Research all sides of an issue, and 3) Look for the something surprising: a fact, a twist, a thread of ideas rearranged to a new result.

I know that there are many people far more knowledgeable and more invested in the topic of guns than I. So, I am not going to persuade or rant about any position. I’ve followed my process and surprisingly changed my own position.

I’ve spent time researching assault weapons, which I was surprised to learn that the AR in AR-15 does not stand for assault rifle, but refers to the manufacturer – Armalite Rifle. I’ve now learned about automatic vs. semi-automatic rifles, bump fire stocks, clips, magazines, and the debated definition of a high-capacity magazine. First surprise: I was surprised that after a just few hours on these sites I was desensitized to the visuals of guns, rifles, and their accessories.

I did my research through websites, news articles, historical documents, blogs and Facebook pages (I Love Guns and Bagpipes was a nice surprise) immersing myself into the history of gun rights and gun control measures.

A history lesson on civil rights and gun control

I’ve learned that prior to 1977 the NRA was a mainstream and bi-partisan organization focused on conservation, hunting, and marksmanship. In fact, they were key in authoring and lobbying for gun control legislation. The organization had been pulled into the controversial arena of gun legislation and wanted out. The leadership at that time was focused on removing itself from lobbying activities to become more of an outdoorsy hunting lifestyle membership organization with intentions to relocate headquarters from Washington, D.C. to Colorado.

The announcement of the relocation was expected to be the main event at the group’s annual meeting in May of 1977. But, that isn’t what happened. Instead, the old guard was completely caught by surprise when a coup took place. Yes, a coup, when a well-organized group of members came forth brandishing parliamentary procedures and placed before the voting membership that gun owner rights and absolute opposition to any form of gun-control legislation be the central mission of the NRA. By 4 AM, the entire board of directors was replaced and the mission changed. The two-day coup is historically referred to as The Revolt in Cincinnati.

What had changed in our country to bring about this revolt? More surprises! It began 10 years earlier with the civil

rights movement of the mid-60s and more specifically: The Black Panthers. In the midst of race riots in Detroit and Newark and bloody protests in the south, black civil rights activists took to openly carrying guns and rifles (legally) to protect themselves from police. White legislators pushed back with talk of restricting gun ownership. The Black Panthers were the first to push the envelope, with 30 young black men and women storming the California State House in 1967, carrying loaded guns and demanding that the racist government take notice and called for all black people to take arms before it was too late.

In response to the events of the day, then California Governor Ronald Reagan stated that he saw no reason why on the street today a citizen should be carrying loaded weapons and called guns a ridiculous way solve problems. He went further to add that proposed gun control bills would work no hardship on honest citizens. The modern day gun rights movement was born. Obviously, a lot of position shifting occurred since that day.

There is more to the story and I encourage you to read up on the history of civil rights and gun control. Guns are power; guns give you the power to speak and be listened to or to defend your other constitutional rights. As a privileged middle-aged white woman who is afraid of guns, I am surprised to say: I get it. I can say that I do hold some healthy fear of the federal government these days.

Where I part ways with the NRA’s absolutist opposition to gun control is that today we find ourselves living in an unacceptably violent gun culture. The slippery slope argument must be put aside because some people simply should not own guns. Not based on race, gender, age, ethnicity, etc… but based on background checks and participation in mandated ongoing training.

The biggest surprise to come my way is my opinion that people with guns kill people, and so we must control the people who choose to own a gun more than the guns. As Gomer Pyle would say, “Surprise, surprise!” 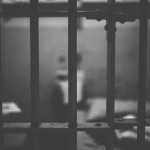 Jails and Prisons: The New Asylums 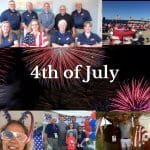