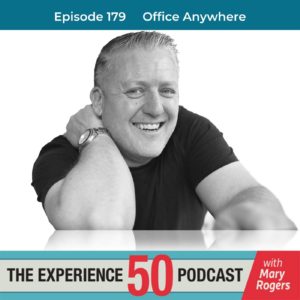 As we attempt to take control of the myriad aspects of our lives, our work is central to everything. In this episode, we take a look at how you could gain more time and freedom by changing how, when and where you do what you do.

If nothing else, Millennials have paved the way for we GenXers and BabyBoomers to negotiate for being able to work remotely – at home or while traveling the world. Before you say, “No way!”, take a listen to my guest’s advice on how to pitch the idea to your company. This doesn’t have to be an all or nothing deal.

We discuss the options and your approach to getting the best chance of making the switch to remote work.

Peter Fritz, 51, host of The Office Anywhere Podcast, believes one of the best ways to reinvent your life is to change how, where and when you work, and it all starts with escaping the office. That’s what he teaches and will introduce you to at Office Anywhere. 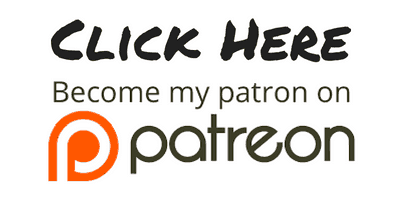 Peter Fritz is the founder of OfficeAnywhere.co. He’s also a father, a husband, an ex-husband (twice), a writer, photographer, and outdoor adventure-lover.

He’s had his midlife crisis, and having made it to the other side, he finally has his life together, and now he’s helping others do the same. His finances are sorted, his relationships are solid and he has agency over his schedule.

A persistent thread throughout his life was the desire for independence, autonomy and a life lived on his terms.

His quest for independence began when I was eight when he began selling letter openers fashioned from six-inch nails. While other kids begged their parents for stuff, he worked hard to buy his own – like a drum kit, two motorcycles and a camera outfit – all before the age of fourteen. These set the foundations for an exciting series of events, career opportunities, and passions.

Over four decades, he’s worn many hats, including:

By the end of 2002, he’d divorced once, created two beautiful girls, married again, made money, lost it all and was on his way to making and losing a lot more – including his second marriage and all five of his real estate properties.

He failed a lot but learned even more. By the turn of the century, he decided he couldn’t stomach the corporate world any longer and, thanks to an excellent boss, was able to convert his salaried role to a consulting one. This decision alone saved his sanity and opened up a world of opportunities. And despite the collapse of his second marriage in 2007, it set him back on his original path – the one he’d longed for 30 years earlier.

He’s engaged in work he enjoys (still consulting for the same company since ’97) and has the time to pursue his passions of outdoor adventure, photography, and sharing what he’s learned.

He believes that if you’ve just hit your middle years, this is the very best time to make your life exactly the way you want it. Likewise, the best time to enjoy and really get to know your kids is now. The best time to demonstrate to your partner, your parents and close friends that you love them and value them – is today.

Peter says there are really no ‘secrets’ out there for creating the life you want. They’ve all been documented time and time again and are only repackaged and presented in new (and often more digestible) ways.

You can learn more about Peter at officeanywhere.co.

E178 I Apologize with Kendra Holliday