For any woman who has had their boss put his hand on her knee — or worse — while discussing her possible career advancement, last week was a good week. Maybe.

The firing of Harvey Weinstein of The Weinstein Company was previously unthinkable until the lewd details and sheer volume of paid-off victims came to light in The New York Times article putting The Weinstein Company’s board of directors in the spotlight to take action. Interestingly, the board initially thought they could go the “leave of absence” route until the entertainment industry’s community of writers, directors, actors, grips, and gaffers made it clear that they would no longer work with or associate with the company unless Harvey was out.

I see the headline lesson in the Weinstein story to be that a new force is coming to the table: the willingness of coworkers and industry colleagues to support the victims and call out institutions that tolerate the Harvey Weinsteins of the world.

The Weinstein Company board of directors does not deserve an award for defending the rights of men and women against sexual harassment, no, no, no. They made a financial decision, not a moral one.

And that is what it takes for a company to take action: fear of financial losses. It’s one thing to pay off a woman for her silence. But the prospect of losing projects, advertisers, and talent that creates the profits … well, that gets attention.

The true heroes in this story are the men and women of the entertainment industry who were willing to walk away from earning money through their work with The Weinstein Company, a company that had not only ignored the whispers (and they were pretty loud whispers) about Harvey Weinstein’s sexual harassment but also planned to placate the media, then bring Weinstein back.

It was the working members of the industry who brought Harvey Weinstein down. They stood up, they spoke out, they risked financial loss.

It just blows my mind to know that, in 2017, this game of powerful men harassing, threatening, and sexually assaulting women who need a paycheck is allowed — until it costs somebody else some cash.

Would you risk your job to stand up for a woman (or man) being sexually harassed in your workplace? Are you teaching your children to do the same? We talk more about bullying with our kids than sexual harassment.

Sexual harassment and teens in the workplace

I sat in the courtroom during that trial and listened to teenage girls recount their stories of this man’s seemingly chronic perverse behavior and language in the small workspace. The female assistant manager described her boss’s behavior as “joking around.”

Has the sexualization of teen culture made sexual harassment okay?

Sitting behind me were several of Dairy Queen’s young male and female employees who came to support their boss, making crude comments under their breath about the victim.

During the trial, it was made clear that sexual banter between employees, including Michael Cohen, was the accepted culture of the workplace. From my seat, listening to both the court proceedings before me and the comments from the kids seated behind me, I wanted to stand up and scream, “Don’t you people understand what is happening here?” The general vibe was that this young woman, who stood up for herself, who was brave enough to go to the police and tell her story to the prosecuting attorney, was ruining their fun. Keep in mind that this was a criminal case, not a civil lawsuit.

Quite a contrast to the outraged men and women who stood up to Weinstein’s board, no?

Are we teaching our teenagers what is and is not acceptable behavior? Are we teaching our sons and daughters to stand up and speak out when they see a coworker being sexually harassed? A teenager’s first jobs will teach them how to navigate the culture of a workplace. A teenager’s supervisor will teach them their rights by demonstrating tolerance or intolerance of sexual harassment.

As a community of parents, supervisors, and employers, we need to stand together and teach our younger workers about sexual harassment in the workplace, what it is, and how to report it.

Mary Keyes Rogers is a Traverse City resident. She is a freelance business consultant, blogger, speaker and host of the Experience 50 Podcast for Midlife. Contact: mary@experience50.com 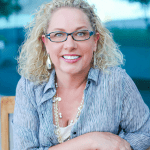 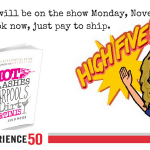