In this episode, I speak with Diane Dewey, the author of a new book, released this week Fixing the Fates: An Adoptee’s Story of Truth and Lies, a book that grabbed me and stayed with me well after I finished it. 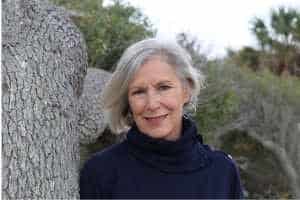 Her book presents itself as a memoir. It is so much more- it reads like a historical mystery novel. Her personal story includes mysteries that are the stuff of family secrets that begin to unfold when she is 47. It is 6 months after the passing of her adoptive father and just a year after the terrorist attacks of 9/11 when she lived in Manhattan.

Diane’s story begins with the natural curiosity of an adoptee with two primary questions:

There also exists a begging question from the adoptive parents:

Midlife is a natural time of introspection and curiosity about the validity of “our story.” Are we really who we’ve always thought we were?  Each of us looks at the selective highlights of our life including our earliest memories, our family relationships, our perceived gifts and flaws, achievements, and failures, and with this information, we create a persona or identity.

But what happens when new and conflicting information enters our story? How do reconcile our persona- our identity.

In midlife, we come into a period of questioning that identity. We consider it, we judge it. We give ourselves permission to alter it. Our new midlife reality tells us that our interpretation of our life’s details and our conclusions of what we’ve told ourselves while creating an identity just may be distorted by our own spin on the facts – or others’ lies that are later revealed.

At 47, Diane Dewey is located by her biological father -making contact with her through an agency. She did not seek him out having been told by her adoptive father that both of her biological parents had died prior to her adoption.

Over the next 16 years, in bits and pieces, that did not always reconcile with the facts, Diane would learn her biological father’s version of her birth story. But it was a story of half-truths and lies that he had created to protect his own persona.

It all makes for a fascinating story.

Fixing the Fates: An Adoptee’s Story of Truth and Lies

Synopsis: Just months after the passing of her adopted father, Diane was contacted by someone in Switzerland– her biological father. Their meeting in the U.S. sets the scene for the unraveling of the mysteries, secrets, and lies surrounding Diane’s birth and biological family. Diane’s quest to finally understand her family’s past and reveal what her father has been hiding all these years is a thrilling account and emotionally vulnerable journey. Running parallel to the action is Diane’s desire for connection with her family and a new love, and the emergent understanding of how to grasp resolution.

About the author, my guest, DIANE DEWEY: Diane holds her BA from Villanova University, the Honors Program in Liberal Arts. She later completed a certificate program from The Art Institute of Philadelphia, working for the Solomon. R. Guggenheim Museum and the National Academy, before founding her own art appraisal firm. Diane earned a Master of Science in Mental Health Counseling from Capella University in 2015. She lives in St. Petersburg, Florida and near Schaffhausen, Switzerland with her husband and their rescue dog. Fixing the Fates is her first book. For more information about Diane, visit her website: http://dianedewey.com/

E160 Too Much. Too Often. A Tale of Midlife Drinking with Linda Walker