Some of us are huggers, some are not. Personal space issues, germaphobes or simply shy creatures may hold some back from wrapping themselves around another. Among those who do hug, we have: the hearty huggers, the one-armed chin huggers, the back tappers and every variation in between. Of course, different situations call for different amounts of engagement, but we all have our basic go-to hug that suffices in most situations.

About five years ago, I was at a crowded charity event and saw a former co-worker a couple of tables away. We made friendly eye contact, did the four finger wave thing and then I saw her rise from her table, heading my way. There was no question, I would be getting a hug. Wendy was a hugger. When Wendy hugged you, it stayed with you, because she really meant it. Her hug was so sincere, longer that your average hug and frankly, it took your breath away, literally. It was unlike any other known hug, ever. Full on, squeezing you, holding you against her entire body for maybe 10-15 seconds longer than you’ve been hugged before.

This lovely young woman passed away a couple of weeks later, killed in a car accident. As soon as I heard the news, I remembered our last hug. And that is when I became a committed hugger.

Wendy’s hug was more than a social nicety, it risked being interpreted as “I like you more than you like me” and that was okay with her. Her hugs changed people’s days. At her funeral, if there was one word that could be heard coming off everyone’s lips it was “hug”. Everyone remembered being hugged by Wendy, on good days and bad, her hug stayed with you all day.

After that, I started hugging a little longer and a wee bit stronger, letting people know I loved them in a way that wasn’t too weird for either of us, but had a bit of risk in it for me.

Try it, a little longer and a wee bit stronger. Its pretty cool. 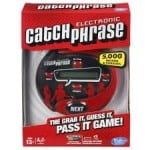 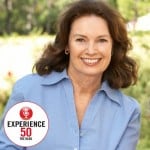