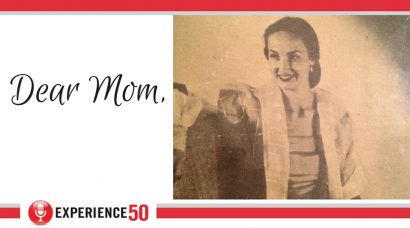 Sometimes, you can’t tell your mom what is in your heart. Maybe she has slipped into dementia or has passed away. For many of us, we just don’t have the kind of relationship with our mom that supports intimate heartfelt conversations.

But that doesn’t mean we don’t feel the weight of what we hold within.

Years ago, I heard the suggestion that if you can’t speak with your mother, to use Mother’s Day as a reminder to check in with her by writing a letter. A letter that will never be sent.

Here are some ideas for writing your Dear Mom letter, which will never be sent:

My own mother died in 1997, before I married my husband, before I had my daughter, before I came to understand HER life story that had nothing to do with me. So, I tried it.

I spent Mother’s Day 2014 writing a letter to my deceased mother telling her what I had come to know as “her story”. Writing that letter changed my relationship with my mother. It changed our story.

My 2014 letter writing experiment provided me two things: First, the most wonderfully cathartic sob session, 17 years in the making; and second, a written document that I have shared with my children to put some of the unflattering stories of their grandmother into a context that sheds a more compassionate light.

I am so sorry. Every conversation that I have with you, even though you left this world  years ago, begins the same way. I am just so sorry. I’m sorry that I didn’t see your mothering of me in the context of your entire life. I did know most of your story, in little bits and pieces. But it wasn’t until after you died that I was able to pull all of it together, like short pieces of yarn that I finally took the time to spread out on the floor, put in order, tie together and then roll into a ball. It wasn’t until then that I appreciated just how heavy that ball was for one woman to carry.

Now, as a grown woman, I believe I understand. You did the very best that you could and I apologize for expecting more from you. I apologize for hating you for being selfish. Now I wish that you had been much more selfish and been able to love yourself and taken better care of yourself.

Life really served you up a fine dish of crap, before you were even born. You tried to find your way, with a mother of your own who birthed you to be nothing more than a chess piece in her narcissistic plans for herself . You were conceived to serve a purpose, her purpose. Your childhood was negotiated by attorneys, dictated by a court order and you had nobody’s shoulder to cry upon who cared what you felt. Your very name, the boarding school where you lived, even the clothing that you would wear was decided by adults who despised each other, and who put on happy faces in front of the press, because this was a very public family.

After your father died, you summed up all the courage a teenage girl could muster, and told your guardian uncle that you would no longer spend your weekends serving as his +1 at Washington DC dinners. You packed your bags and got on the train back to Detroit and learned upon arrival at Grand Central Station that he had had a heart attack. When he died within a few days, your mother accused you of killing the golden goose, ruining her life. Oh Mom, I am so sorry.

The only way to ease your mother’s wrath was to marry into a family of status and money. You dutifully became the international jet-set girl, runway model and cocktail-ing superstar she insisted upon. Your engagement to Mr. Right was celebrated at the Manila Yacht Club in the Philippines and covered by Town and Country magazine back in the US. The bounty of wedding gifts were unwrapped and fawned over by your monster of a mother.

But then the rage that you had summoned way back in time, as a shaky-kneed teenager standing up to your powerful Uncle, found its voice once again.  You called off the wedding. You wanted to be a normal young woman, go to college, meet some nice young man, live in the suburbs, and have daughters. You wanted to join a bowling league, knit booties and someday sew prom dresses.

Despite your mother’s outrage, you stood your ground, and nobody died. It was ugly, and she never forgave you for wanting less. You went to college, got a job, met Dad and had two daughters. Your mother tried to financially destroy Dad, but the two of you survived. You were the most elegant woman to ever wear bowling shoes. But you were never able to get that awful woman out of your life. Your father’s family wanted nothing to do with you or her, she was all you had and you were never able to kick her evil ass to the curb. Dad tolerated her, just. It became a cold and complicated marriage. You tried to be the wife and mother that you thought you should be, the only role models being from fiction. I imagine you felt like a foreigner in your own life.

I’m so sorry that you never had a best girlfriend who you could have talked to. No girl at the convent you lived in as a kid nor roommate in college could relate to what your life was. Nobody ever loved you just for you. People just used you.

Your only friend became vodka. The booze drove me away. Your drunken touch, stroking my hair, repulsed me as a teenager. I was horrified when you fell down the stairs…in the nude… in front of my friends.  I hated hearing the drinking stories from your arms-length friends, especially the one about them finding me as a toddler sleeping under the coffee table during a drunken house party. I grew up with few if any rules, little advice or discipline and I pretty much raised myself.

You became a handful of a mother to me. And like you, with your mother, I kept you in my life hoping that one day you would become the mother I hoped for. I’m sorry that I wasn’t the love of your life. I think there was just too much damage to overcome. I’m just so sorry for the whole mess.

If we could go back, I know we would do it better. I love you Mom.

Reader: When my mother’s life began to spin completely out of control, I decided to “divorce” her. I was 33, recently divorced from my husband of 13 years, had quit my job, sold my house and was busily packing up my son and my household for a new life 1,300 miles away. During this time, she was diagnosed with advanced breast cancer and given months to live. I canceled my plans and moved into her home to be her caregiver. It was the best six months we ever knew together.

I hope that you will give this a try. Rarely do we say goodbye to a loved one with our relationship neat and tidy. There are misunderstandings, wounds or unexpressed gratitude. This is your chance to tidy up. I can assure you the task is not an easy one, but so worth it! Good luck with your letter.-Mary Rogers 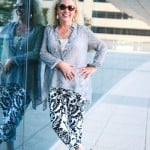 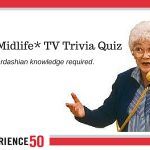