I remember watching the Sonny and Cher TV show on CBS in 1971. I was 8 years old and in absolute awe of Cher. I would sit

cross-legged in front of the television admiring the way she would toss her long silky black hair over her shoulder while singing Half Breed in her full Native American headdress.

Last night, she received the Billboard Icon Award for her career of 53 years including Billboard #1 hits, Grammys and an Oscar. The day before the awards ceremony, she celebrated her 71st birthday. Yes, 71. Really, 71.

For me, Cher was my introduction to female sexuality. A sultry mix of Armenian, Irish, German and Cherokee heritage, she was exotic and usually half-naked in her Bob Mackey gowns. I was a chubby blonde little girl growing up in the midwest suburbs. I would never look like Cher and maybe that is why I was so enthralled by her.

At 71, she remains beautiful, exotic, so very talented and has (and will) always dominate my iTunes playlist. 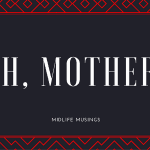