I’ve now spent over 12 hours listening to Rick Springfield read his memoir, Late, Late at Night. I am an audio loving multitasker, and I love audio books, especially when read by the author. Even more so when I am going to be on the road a lot, which I was. 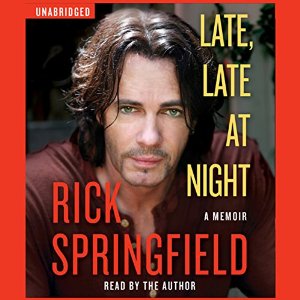 I really didn’t know much about Rick Springfield beforehand. I had watched him on General Hospital in the early 1980s as Dr. Noah Drake and enjoyed his music (Jessie’s Girl) at that time and even today when it comes on the radio.

My interest in reading his book came from having sat through one of his concerts in 2010, where the love from his raving fans was pouring out. I really didn’t get it. By the end of the show, I got it. This guy was incredible! At 61, he was rocking it like he was 21. He walked the audience’s chair arms, playing his guitar, stopping to make calls on people’s cell phones to MOM (yes, everyone has MOM in their contact list). He was so connected to his fans, unlike anything I’d ever seen.

Knowing his audience so well, he invites the little girls who come to his shows with their midlife mothers onto the stage and sings to them. Yes, melting the hearts of all the moms. I was blown away.

But here’s the thing that really stands out about that night and Rick Springfield. When I met him backstage for a meet and greet, he was cordial and took time for pictures with his fans. but there was a distinct darkness about the guy. Really dark.

It was hard to believe that this was the same guy who had appeared to be having as much fun performing as we had cheering him on.

And then I read/listened to his memoir. He IS a dark guy. Throughout his career he has battled with clinical depression. That is really what this book is about; reaching the pinnacle of celebrity and still being miserably unhappy and self-hating.

He shares his stories of the darkness, referring to Mr. D, and his ongoing struggles and treatments. This is a very personal, exposed-nerve type of memoir. All I can say is that his wife is an absolute saint!

Aside from the darkness, I had a great time hearing him tell the story of how he landed on GH and the balancing act between his singing and acting careers, how he hated being promoted as the “Next David Cassady” and his singing tour of Vietnam entertaining U.S. troops in locations so close to the action that the USO refused to go.

I do recommend the book, for yourself or as a great gift to any midlifer, with the note that about three-fourths of the way through it I too was starting to feel a little depressed by his depression.  That said, I learned a great deal about depression and had a fun read of the life of a 1980s pop star.

Listen for free with an Audible Trial Membership which includes one free audio Book or purchase through Amazon. Using the links below supports the podcast and blog, at no additional cost to you. 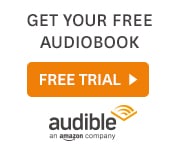 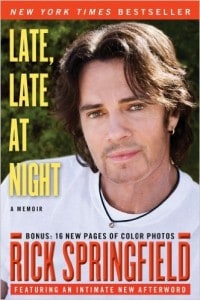 The losses and a gift at midlife 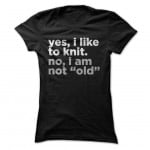