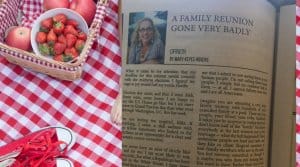 When it came to my attention that my deadline for this column would coincide with the midterm elections, I figured my rage or joy would fuel my words. Hardly.

Election day came, and then it went. Meh. Some wins, some losses. I am happy to see the U.S. House go blue, but I see more wave in Grand Traverse Bay than what went through Washington, D.C. this last week.

I’m not feeling too inspired, folks. If anything, I sense a dull sadness with my fellow Americans who looked to the elections as an opportunity for a clear and dramatic course correction.

It has never been an issue of strictly blue vs. red for me. I am more likely to vote democratic, but when a Republican has been seated in the White House, I have never doubted their love of country or their sincere desire to better the lives of all Americans and keep us all safe from harm. I mean, both Bushes were good men — thoughtful people.

The current president of the United States of America is a dangerously ill-informed, emotionally unstable, and divisive moron. Even his supporters don’t mind that language. They report knowing that he is seen as a moron, an oaf, a boob, and a loud-mouth, sophomoric jerk. They seem to like him just that way. I don’t understand why, and I never will.

He gets two more years. To the extent that they are able, the Senate and the courts will grease his way toward what I see as a nasty nationalist world, one where the end justifies the means, and common decency is seen as a quaint and old-fashioned manner of politics. Where the House might create a speed bump, he will rule by executive order. We will suffer; the world will suffer. I pray that his dramatic fear-mongering won’t get us all killed.

I am exhausted to my bones from living in this state of honest and pure disbelief that: 1) our country elected this guy; and, 2) my fellow Americans like what they’re seeing.

When I see Trump spewing his barely veiled vile beliefs and outrageous inaccuracies at one of his MAGA rallies, I can feel my blood pressure rise. Yet interestingly, when the camera lens pans across the crowd of thousands cheering for him, I don’t feel mad or incensed at those people.

If this recent election was, in fact, a referendum on the Trump presidency, then it seems reasonable to assume that the cheering heads at these rallies are closer to representing the spirit of America than I.

I don’t hate people who support Trump. They so completely and utterly mystify me that I admit to not seeing them as real human people. I’m not calling them lesser people; I simply feel no common link to them — at all. I cannot fathom how they and I are all Americans.

Imagine you are attending a very large family reunion with hundreds of your extended family at a park. These are your people, your blood, your tribe. Suddenly it takes you by surprise to realize that you don’t know half of the “family.” You knew everybody at the last reunion just a few years ago — what the hell happened?

These unfamiliar people are loud and rude, and they like to chant illogical nonsense at non-family members who are in the park. You feel nervous, unsettled, as though it is maybe you who do not belong here. You want to leave. Rather than raise your voice to say “Hey, this is my family,” you go home with your immediate family and draw the curtains. You fear that the “happy we’re all together” feeling could be gone forever.

Instead of angry, the MAGA crowd makes me feel inconsolably sad as if I have become completely disassociated from my fellow Americans. For in those moments, I am no longer an American. They are the Americans, and I feel as though I have been reduced to a nostalgic and irrelevant voice.

I’m too depressed to compile the list the examples of this administration’s assault on our reputation across the world or to cite the president’s words and deeds that would bring punishment to a child. Just read his Twitter feed if you need examples: “She’s lying,” “the enemy of the people,” “falling in love with Kim Jong Un,” “caravans of murderous gangs,” etc. — take your pick.

I thought we shared American values of decency. I honestly do not care how the economy is doing if we have become this new version of America. My spirit is momentarily crushed.

I hope to see the day when I can look back on this strange and bizarre time in our country’s history as an anomaly and not refer to it as the time “When it all started to go so very wrong”. Until the 2020 campaigns begin, I will remain behind the drawn curtains, chilling out and watching Netflix with Lady Liberty, Uncle Sam, and Lady Justice. And maybe Mother Nature will stop by to cry with us as I hold on to my Justice Ruth Bader Ginsberg action figure.

Mary Keyes Rogers is a freelance writer, independent podcaster and public speaker. Her career includes working with local, state and federal government agencies on matters of entrepreneurship and economic equality for women. mary@experience50.com 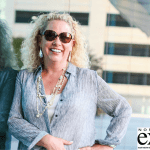